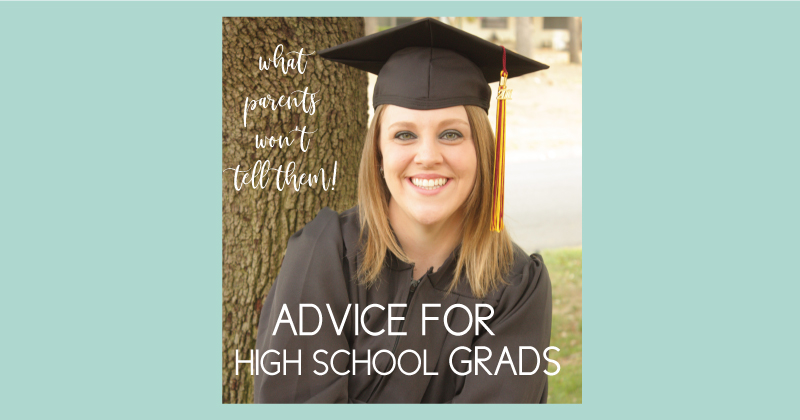 I’m sure by now you’ve gotten lots of advice from your parents, their friends, your friends, etc. That advice probably goes something like this: go to class, study hard, be nice to people. While that’s all great advice, I’m here to tell you there’s a few words of wisdom your parents won’t tell you, but should.

Look, I’m not a parent, and a lot of these things will piss off some parents I know. However, I have two degrees. I’ve gone to public college, private college, community college, and even got my Master’s abroad. I did two internships while in college and graduated with almost $10,000 in the bank.

My first job out of college was working for a university, so I’ve seen so many sides. I was able to pay for my Master’s degree because I planned, and I do what I love now, and work of myself. No, I didn’t major in business, and yes, I still got a good job after college. I often accredit my ease into real life to “doing college the right way”. No, I’m not bragging.

I’m also not telling you that you can’t have fun. Or that you have to know where you want to be in 10 years right off the bat. I am telling you that in the states, there really is a right way to do college. So many things I tell High Schoolers is frowned upon here.

I personally believe we need to change the way we think of college in this country. That’s why I’m sharing the exact advice I would give any High School graduate in the states.

What Advice to Give High School Grads

There is Nothing Wrong with Community College

I transferred from a small private college to a large public one and in between I took community college classes while waiting for acceptance. I also took Sign Language from community college while I was at Texas A&M. A&M didn’t offer it, community college did. I’m so glad I did it too. I met one of my best friends in that class who also eventually introduced me to my husband.

Your H.S. Relationship Could Work Out (even though the odds are against you)

I didn’t date much in High School. Or at all really. I found high school relationships to be stupid. Chance are, you’ll break up with that girlfriend or boyfriend during the first semester, but you might not. If your parents are like mine, they’ll tell you it won’t work out.

And yes, the odds are against you, but I know people who married their high school sweethearts, so it does happen. If you want to stay in the relationship and give it a go, then do it. Don’t break up just because everyone thinks you will anyway.

My husband went off to college with a girlfriend. No, it wasn’t me, and obviously it didn’t work out. However, he learned from the relationship. He also realized he wanted be single for a while. Nothing wrong with that.

My parents generation really thinks dorm life is a must do. I remember my parents telling me that I’d meet friends, have so much fun, yada yada yada. It’s bullshit. Dorm life sucks.

Yeah, it’s an experience alright, but it sucks. The rooms are too small, it’s super awkward, and you never leave campus. It’s okay to hate it. Since I was told that’s where I would meet so many people, if I was sitting alone in my room, I thought there was something wrong with me. I kept thinking “isn’t this where I’m supposed to be finding friends?” Maybe, but maybe not. If you don’t love the dorm, there’s nothing wrong with you. I know very few people who tell me they just loved dorm life. And by very few, I mean zero.

It’s Okay If You Hate it at First

I picked the wrong college at first. I spent many a night alone, sad, and hating college. Let me tell you, I hated high school so I was ready to get out. I thought I’d just love college, but at first, I actually missed high school.

This was weird. For me, I needed to change where I was, but that’s not always the case. Don’t put so much pressure on yourself to love college right away. If you hate it, take some time to figure out why and make a change. Don’t be miserable.

Your First Semester will be Weird

Here’s how it goes… Your parents will probably drive you to campus, help you un pack into that tiny room with some random person, they’ll awkwardly talk to your roommate, then they’ll tearfully leave.

That’s when it gets weird. It’s so different from what you’re used to, and you may not even know anyone, so it’s weird. But it gets better. You will settle in, you will find your people.

Undecided is Not Major, You Need to Know What You Want to Study

Here’s where I piss off a lot of parents. If you don’t know what you want to study, do not got to college (right away). I am a huge fan of education. I think everyone, everywhere, should get a degree of some kind. Nevertheless, this is where we get it wrong in the states.

Advisors and parents tell kids that they can “start undecided and just take a few classes to see what you like”. No. Please don’t do this. You are wasting money. Personally, any college advisor who tell you this, I think should be fired. In some ways it’s a scam to get you to spend more money.

Here’s how it actually works: you have certain parameters and classes you have to take, you have to get “credits” in certain things, and those “credits” change based on what degree you want. If you decide to change what you’re studying, you will lose credits, there’s no way around that.

Additionally, a lot of majors have very specific requirements and if you take too many classes, they might not let you in. Yep, that’s a fact. For instance, my degree from the university I graduated from required that I take physics. No other science was allowed. When I was at the first university I went to, it wasn’t the same. If I hadn’t looked up the requirements before signing up for classes, I wouldn’t have known this. I would have taken a different science class and wasted money. There’s only so many “elective” credits.

Here’s the bottom line: there are other options out there other than starting college at 18. It’s okay to explore those.

Gap Years are Great and Should be Applauded

I got my Masters degree in Australia and one thing I found while living there was that everyone takes at least one gap year. Now, had I told my parents back in the day “hey, I’m not going to college, I’m going to get a crappy job, live at home, save some money” they wouldn’t have gone for it. On the one had, I’m grateful for my time in college. I was ready to go at 18, I knew what I wanted to study. However, so few kids are like that.

For some reason, gap years are frowned upon in the states. That needs to change. End of story. If we celebrated gap years more and insisted that kids use gap years to learn about themselves, I really believe we’d be better off. However, in the states, we look at gap years as a waste of time. We think if you don’t go to college right after high school you never will. But, what if instead, we looked at gap years as a time for that person to figure out what they want.

What if a gap year wasn’t defined as “wasting time and being lazy” but defined as “working to figure out what you want”. No one uses gap years to figure things out because that’s not how we define them in the states. Let’s change that.

Sorry but a college degree just isn’t enough. You need to learn about the job you hope to get. You need experience in order to get a job. I know, it sounds impossible. But there’s options. There’s so many internships. This could mean working for free, that’s life. Get on board.

I know you want to enjoy college, and you should, but don’t you also want to enjoy life post college? If so, get some experience to make things easier. I did two internships while in college. One paid, one unpaid. Let me tell you, they got me my first job after college, and it was doing what I wanted.

Just to be clear: I enjoyed the crap out of college. And one of those internships I did at Disney World (hello beach trips!) and the other in Australia (again, hello beach trips!). Jobs can be fun. Yes, they are work, but you don’t have to be miserable.

A Business Degree will Not Get You A Job

Finally, for some reason, there seems to be a belief that if you major in business you can figure out the rest later and you’ll get a job no matter what. No. That will not happen. If you don’t have a passion for business, don’t major in it. It’s just alike the undecided declaration I talked about before.

Just like business is the major you do to magically get you a job, liberal arts has the opposite stigma. Apparently if you major in any kind of liberal arts major then you won’t get a job. Here’s a fact for you: I majored in communications which is a liberal arts degree. Both my sisters majored in something from the business school.

I don’t actually know what their degree is in, but I know it stems from business. My first job out of college I made more money than their first jobs out of college. Also, I was the only one of us not to have to move back in with the parental units.

There’s no shaming here, but I do like reminding them of my liberal arts for the win! If you have a passion for your major you will be so much more successful than if you don’t.

I’m super curious, what advice would you give a high school grad? And what advice did you receive that sucked? Let me know in the comments! 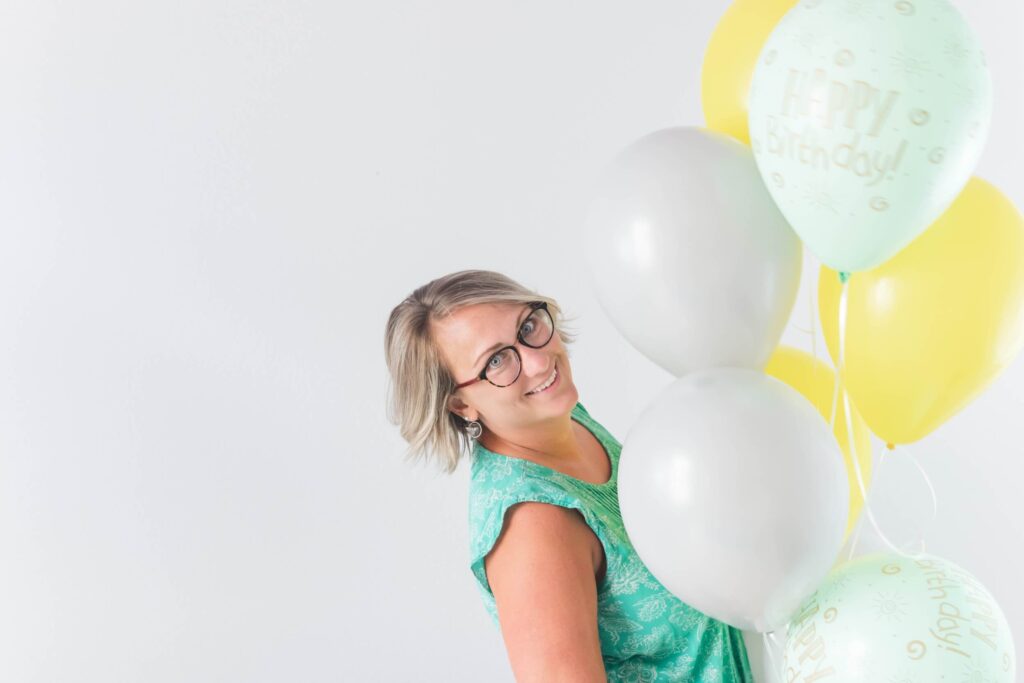 Ever wonder how some moms just seem to be AHEAD on

Add some meaning to Valentine's Day and the whole

Save your time, money, and sanity and just have fu

There are so many ways to use printables! I could

This website uses cookies to improve your experience while you navigate through the website. Out of these cookies, the cookies that are categorized as necessary are stored on your browser as they are as essential for the working of basic functionalities of the website. We also use third-party cookies that help us analyze and understand how you use this website. These cookies will be stored in your browser only with your consent. You also have the option to opt-out of these cookies. But opting out of some of these cookies may have an effect on your browsing experience.
Necessary Always Enabled
Necessary cookies are absolutely essential for the website to function properly. This category only includes cookies that ensures basic functionalities and security features of the website. These cookies do not store any personal information.
SAVE & ACCEPT
Go to mobile version
Loading Comments...